Omega Krill Oil is known to boost the brain’s performance while improving one’s mood. Find out if this supplement is right for you.
Find Out How To Boost Cognitive Function! Click Here!

What is Omega Krill Oil and what kind of benefits can you get from it?

We can all use a sharper mind, one that remembers things better, can concentrate more and has the ability to function at an optimum level. The good news is, Omega-3 fatty acids are one of the many essential fatty acids our body needs, especially the brain and Krill oil is known to contain very high levels of Omega-3.

Discover if taking Omega 3 supplements is right for you and if they’re worth spending money on.

What is Omega Krill Oil?

Krill is a tiny crustacean that looks very similar to shrimp. These marine creatures are known to live in the cooler portions of the ocean and are mainly used as food source for other marine animals like seals, whales, penguins, fish and squid. These animals contain a type of oil that, like fish oils, is an excellent source for omega-3 fatty acids.

Our bodies need omega-3 fatty acids because these oils are great for lowering triglyceride levels and boosting the way the brain works. The difference between fish oil and krill oil is in the absorption and proliferation of the oil inside the body. When it comes to krill oil, the fatty acids are absorbed and spread to the cells in phospholipid form, making it easier for the body to take in krill oil over fish oil.

What are the Krill oil/ Omega 3 Benefits?

Are There Any Drug Interactions? As with all supplements, even those made with 100% natural ingredients, it’s wise to consult your doctor before you take them especially if you are suffering from a medical condition or are currently taking certain medications. That’s because they could trigger drug interactions. In this case, anyone with coagulopathy or those who are taking anticoagulants medications should definitely let their physician know prior to beginning krill oil therapy.

Furthermore, people who bruise easily should consult a physician before taking krill oil supplements, as well as anyone who have a bleeding disorder or who are taking blood-thinning drugs (these include warfarin, clopidogrel and aspirin). Taking a high dose of omega-3 fatty acids can increase the chance of bleeding, even in individuals who have no history of bleeding issues.

It hasn’t been established whether Krill Oil is harmful to unborn babies or not. Some prescription omega-3 fatty acids like Lovaza come with a pregnancy rating of C. The C rating means animals have experienced adverse effect on their unborn from taking the supplements yet there may be possible benefits that validate the use of the product despite potential adverse side effects. If you are pregnant, nursing or plan to become pregnant, definitely speak to your doctor about taking any supplements, including krill oil.

How Should I Use It to Achieve Maximum Results?

Don’t take over 3 grams of omega-3 fatty acids (also known as EPA, ALA, and DHA) obtained from capsules daily, unless you are explicitly instructed to do so by a doctor. A high dose can increase your chances of excessive bleeding. For adults who have no history of heart ailments, it’s recommended to take a gram daily of EPA and DHA. For adults with levels of cholesterol, the recommended dose is 2 to 4 grams daily of EPA and DHA.

Be sure to use krill oil exactly as instructed on the packaging’s label, or as directed by your physician. Never take larger or smaller dosage than what is recommended. Also, be sure to swallow the krill oil capsule whole and don’t puncture or open the capsule yourself. Krill oil supplements generally work best when taken with food. As with all supplements, be sure to taken them with a holistic approach, meaning also incorporate a healthy diet plus exercise into your lifestyle. Keep krill oil at room temperature, away from heat and moisture. Never freeze krill oil supplements.

Who Should Take It and Why?

People who want an added boost to their brain power and mental health can reap benefits from the best omega-3 supplements. This also includes people who suffer from bi-polar disorder, ADHD, poor concentration, depression and PMS.

Provided you don’t have any history of bleeding problems and aren’t taking any medication that adversely interacts with Omega Krill Oil, your mental capacity and moods can benefit from you taking krill oil.

What are Its Pros?

One of the best things about these supplements is that they are 100% natural. There are no added chemicals and artificial ingredients. Also, omega-3 is something everyone’s brain needs so in taking supplements for brain health via krill oil, you are not flooding your body with something foreign and completely unnatural.

Another great advantage of taking omega-3 supplements is that there are countless studies that have shown how beneficial these fatty acids are to the health. These aren’t some new and potentially very dangerous or questionable supplements that are merely produced to line the pockets of some unscrupulous businessmen.

As mentioned earlier, despite being natural and essential to the body, krill oil supplements do interact with certain drugs. Even if you have no history of bleeding problems, there is still the possibility that taking krill oil supplements will lead to bleeding issues. It is also not known whether omega-3 supplements are harmful to unborn children.

How Much Does It Cost?

What Do Customers Say? On CVS.com, Pure Krill Oil has an almost perfect rating of 4.8 over 5 stars. One person who has been taking it for several years highly recommend the product, saying that for 6 years, it’s worked wonders for him.

Reviews on Amazon are also mostly positive. Almost all of the product reviews have a close-to-perfect rating from hundreds of customers. The majority of the few complaints were not about the krill oil itself but about how some brands contain less omega-3 than advertised.

Omega Krill Oil has plenty of potential benefits that are backed by solid research from reputable sources. If you suffer from ADHD, bi-polar disorder, mood swings or simply a general lack of mental clarity or concentration, Krill Oil Omega-3 Supplements may be a solution to your dilemma.

Speak to your doctor before beginning a regimen, especially if you’re taking any drug that may adversely interact with krill oil, or if you have experienced bleeding problems in the past. These supplements offer a natural way to boost your mood and brain power, lowering the risks of side effects while offering many beneficial effects to your mind. 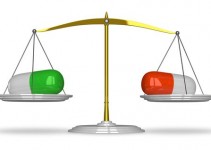 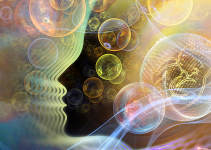